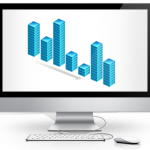 The latest round of rumors has the presumed successor to Samsung’s Galaxy S4, a more powerful Galaxy S5, sporting unicorn-esque specs, perhaps some new flexible materials, and craziest of all: Launching as little as ten months after the Galaxy S4 was introduced.